Thank you! Your submission has been received!
Oops! Something went wrong while submitting the form.
Series Details 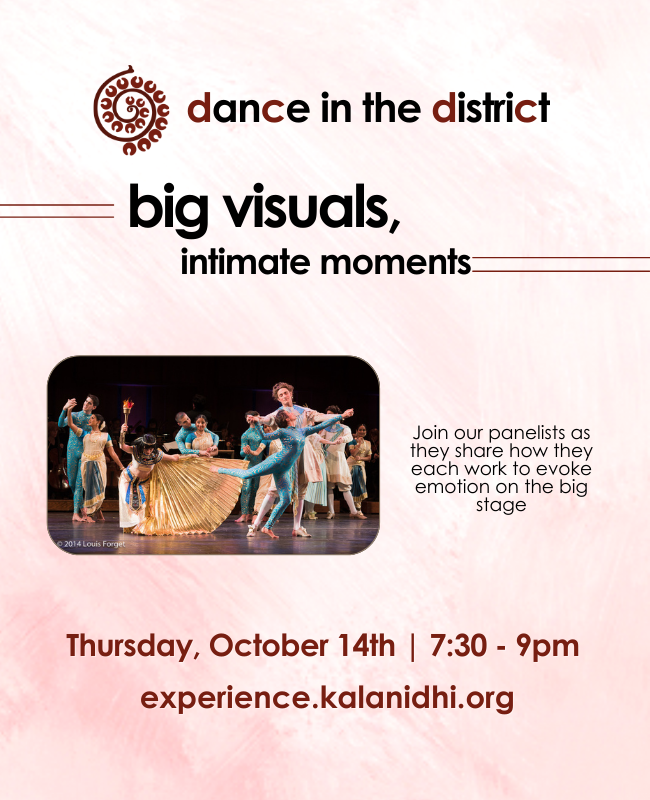 There is a special magic to live performance. From the stage, artists have the power to expand the size of a room by creating art that is larger than life, just as they have the opportunity to bring audiences closer in moments of emotion and intimacy. Join us in the first of an exciting four-part discussion series as we bring together a panel of DC-area artists in an exploration of our shared tools for evoking emotion from the big stage.

‍Ryan Brown is the Founder and Artistic Director of Opera Lafayette, which is celebrating its 25th anniversary during the 2019-2020 season. Through his work with Opera Lafayette, Mr. Brown has gained an international reputation for his role in the revival and reassessment of significant works from the 17th, 18th, and 19th centuries. His discography of twelve sound recordings for Naxos has focused on the French repertoire, including well-known works by composers such as Lully, Rameau, and Gluck, as well as premiere recordings of operas by Rebel/Francɶur, Monsigny, Philidor, Grétry, Sacchini, and David.  Mr. Brown has also created two DVDs with Opera Lafayette for Naxos, including the modern premiere of Gaveaux and Bouilly’s Léonore, ou L’Amour conjugal, the model for Beethoven’s Leonore, the latter which Opera Lafayette will present later this season, as well as Rameau’s Les Fêtes de L’Hymen et de L’Amour, ou Les Dieux d’Egypte, a collaboration with the New York Baroque Dance Company, the Seán Curran Dance Company, and Kalanidhi Dance. Mr. Brown was raised in a musical family in California and performed extensively as a violinist and chamber musician before turning his attention to conducting. His teachers included Dorothy DeLay and Gustav Meier. He is a recipient of La Médaille d’Or du Rayonnement Culturel from La Renaissance Française. When not conducting spends his time in southwestern Colorado.

Paige Hernandez is a multidisciplinary artist who is critically acclaimed as a performer, director, choreographer and playwright. As an AEA equity actress, Paige has performed on many stages throughout the country. She has collaborated with the Lincoln Center and has been commissioned by several companies including the National New Play Network, the Smithsonian, The Kennedy Center, La Jolla Playhouse and the Glimmerglass Festival. She is the recipient of an Individual Artist Award from the Maryland State Arts Council as well as four Helen Hayes nominations for choreography, directing and performance. Paige has also been named a “classroom hero” by The Huffington Post, a “Citizen Artist Fellow” with the Kennedy Center, “40 under 40” by the Washington Post and one of “Six Theatre Workers You Should Know” by American Theatre Magazine. She is elated to be the Associate Artistic Director of Everyman Theatre in her hometown of Baltimore, MD. With her company B-FLY ENTERTAINMENT, Paige continues to develop and tour original work internationally. www.paigehernandez.com.

Rhodie Jorgenson received her training at the School of American Ballet and the American Ballet Theatre (ABT) School. She spent the majority of her career dancing with ABT, performing on stage and TV, and in movies, throughout the US, Europe, and the Far East. She has worked with choreographers Balanchine, Tudor, Robbins, Ailey, Smuin, and Feld. Ms. Jorgenson has been responsible for rehearsing many children’s roles for ballet productions at the Kennedy Center, including setting the children’s roles for American Ballet Theatre and Joffrey Ballet’s production of The Nutcracker. She has also been on the faculty at the International Ballet Competition in Jackson, MS since 2002.

Srilekha has been a part of Kalanidhi Dance for more than 18 years. Having stumbled upon the Kuchipudi art form by chance at the age of 6 through the dance school of her aunt, Smt. Rajani Malladi, Srilekha was thrilled to join Kalanidhi as a student in 2003 and she has remained enchanted by the art form ever since. In 2007, she debuted with the Kalanidhi Dance Company as part of the original Rasa production, and she was part of the troupe that took the show on tour to Hyderabad, Chennai, and New Delhi that year. She has since performed in Kalanidhi's original Bhagmati and Bhoomi productions, and toured with the company in venues across the United States. As Srilekha has moved around the world for her academic education and legal career, she has brought Kuchipudi with her. She performed repeatedly at Columbia University during her time there, and presented solo performances at the Raindrops Festival in Mumbai in 2013 and in London in 2015. More recently, she helped lead Kalanidhi’s flagship virtual Seasons production over the 2020-2021 year. She currently lives in Miami, FL, where she works as an Assistant Federal Public Defender, and helps to develop Kalanidhi's artistic work.